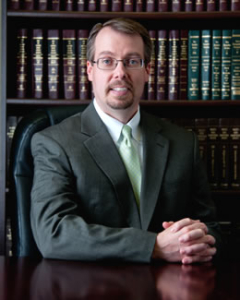 In addition to his trial experience, Attorney Ward has extensive experience at the appellate level briefing and arguing cases before the New Hampshire Supreme Court and the United States Court of Appeals for the First Circuit.

Prior to becoming a lawyer, Attorney Ward was an active professional musician having graduated from Boston Conservatory of Music, 1991, BM, and the Arizona State University, 1994, MM, in French Horn Performance.  Rick has been a featured soloist with the Columbus (Ohio) Symphony Orchestra, the Central Massachusetts Symphony Orchestra, the Boston Conservatory Symphony Orchestra and the Arizona State University Symphony.  Rick has actively performed as a member of several professional orchestras and chamber music groups in the New England and Southwestern Regions of the United States.  He still frequently performs as a musician with various regional orchestras. Rick is a member of the Wolfeboro Chamber of Commerce and serves on the Board of Directors for the Wolfeboro Friends of Music. 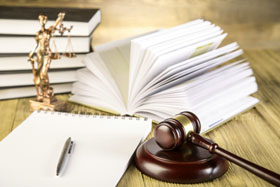